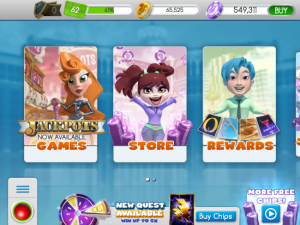 Some of you may have noticed a new look to the MyVegas Slots App, on your mobile devices.

Here is a Blog Post from PlayStudios, sharing their plans, and what is in the works…

myVEGAS Slots made its mobile debut in November of 2013. It quickly found a loyal audience and shot to the top of the app store charts. In the years since, we’ve continually refreshed the app with a variety of new content – from games to bonus quests. However, the overall look and feel of the myVEGAS experience has remained largely unchanged. Until now! In the weeks ahead, PLAYSTUDIOS will be rolling out a series of major updates, culminating in the official launch of a completely redesigned myVEGAS Slots 2.0. This new version will include:

The reasons we are sharing this exciting news now is that beginning today, a small segment of our players – chosen at random – will start to see some of these new features. This process of previewing a major update with only a small group is fairly common practice in the tech world. Google and Facebook do it all the time. It’s a way to safeguard our existing users from anything unforeseen. By rolling these changes out slowly, we can keep a careful eye on how they’re working, collect feedback, and make any final adjustments.

The first two updates – the myVIP program and those extra 0’s – will appear inside the current version of myVEGAS Slots. The myVIP program allows you to, based on your myVIP level, earn extra chips, view special in-game Rewards, and access priority customer support. You increase your myVIP level by accumulating myVIP Points, or MVP’s, and you accumulate MVP’s by spinning the Daily Bonus Wheel, collecting hourly bonuses, and purchasing chip packages in myVEGAS or any of the other PLAYSTUDIOS apps (if you’re Facebook Connected). If you are part of the myVIP Beta Preview group, a special pop-up screen will appear when you launch the game. In addition, the new myVIP icon will be visible at the top left of your screen. As for all the extra 0’s – this doesn’t really have much effect on the game, since everything is increased by the same amount. Your chip balance will increase, and so will your bet amounts and jackpots. The amount of chips in each purchase bundle will increase as well.  The reason for doing this is that it affords us more flexibility with the game and lets us introduce some fun new ways to give away free chips.

If you don’t see these changes, it means you’re not in the Beta Preview group—yet! There’s no way to manually add yourself, but we’ll be rolling this out to all players over the next several weeks, so you’ll see it soon. If you are one of the players selected to preview these new features and you have questions, start with a visit to our support site where you’ll find some new FAQ’s about myVEGAS 2.0’s increased chip amounts and the new myVIP Program. You can also submit support tickets or visit one of our official myVEGAS Fan Groups. These groups are great sources of community knowledge, and we work very closely with them to ensure that their group admins are well informed.

Well, not much. Just keep playing and enjoying myVEGAS. As we approach the official launch of 2.0, we will continue to add new games and other content every couple weeks, just like we always do. And we’ll be sure to let you know when the big day – and the big update – finally arrive. 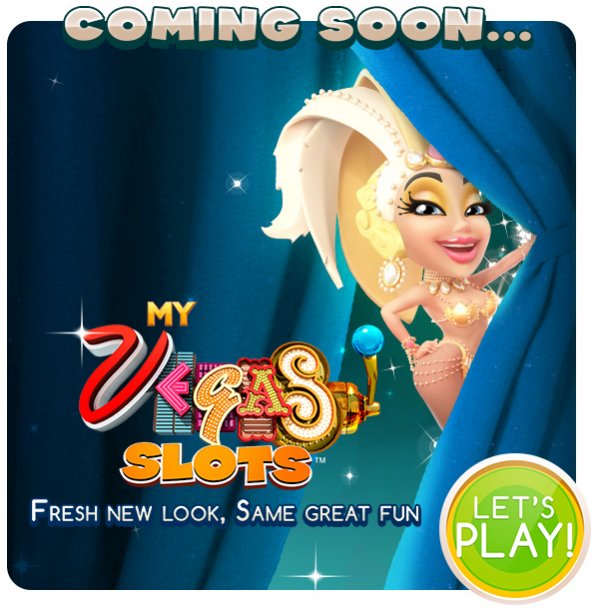 And, on April 20th, it appears to have been released widely.

Burlingame, CA – April 20, 2017 – PLAYSTUDIOS, a developer of top-ranking, free-to-play casino games today announced that it has released a completely redesigned version of its most popular app – myVEGAS Slots. This update introduces a gorgeous new look, more features, and additional opportunities to collect and share free chips.

Andrew Pascal, CEO of PLAYSTUDIOS, said, “We’re all so excited about this new release. The myVEGAS Slots product team has been working tirelessly for months, reimagining and polishing every last detail. It is the most significant product update we’ve ever shipped. And we hope our players love all the great new stuff that’s gone into it.”

The new myVEGAS Slots is redefined by a crisp and vibrant look. New functionality makes the games, rewards, and special offers easier to find. A new myVIP program offers additional perks for loyal players, including bonus boosters and special purchase offers. A new inbox feature unifies player communication and allows for more frequent collecting and sharing of free chips. And the Challenges and Journeys have been updated, providing new opportunities to earn even more chips and Loyalty Points.

myVEGAS Slots was named “Best of 2016” by two of the gaming industry’s leading publications – iGaming Business and eGaming Review. The app has also earned more than 130,000 5-star ratings and continues to reward loyal players with a growing selection of real world rewards from Las Vegas, Atlantic City, the Caribbean, Australia and the UK.

Enjoy exploring the new interface of the MyVegas Mobile Version 2! 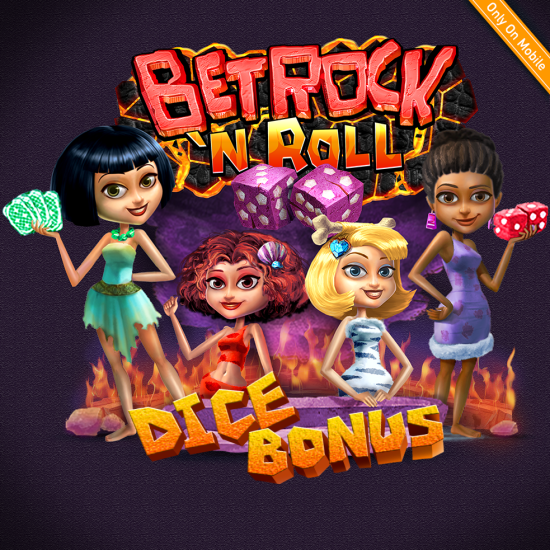 The folks at MyVegas have finally found a way to create apps for Apple and Android products that allow us to take MyVegas on the road !!!

The apps play MyVegas as a separate game. (Regardless of the Level you’ve reached on your computer, you start the App at Level 1.)

But, when you link the App to your Facebook account (which you HAVE to do, to redeem Loyalty Points) your LP total will update, and track them all together. 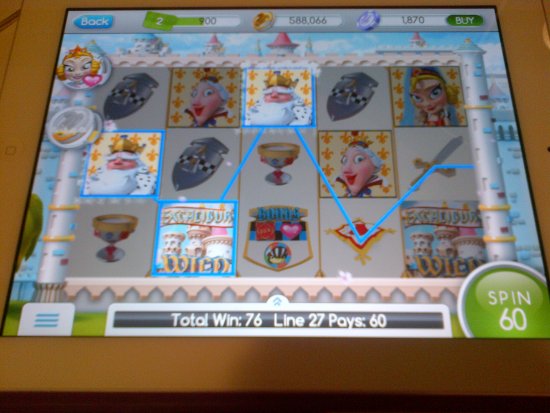 The folks at MyVegas are “tweaking” and changing things regularly, as they discover issues and sort them out… but we have put a MyVegas Mobile App preliminary Playing Guide here, as we work on updating our e-Book.