Today, the folks at MyVegas unveiled their newest game… Luxor !!!

(The actual name seems to be “Luxor with Gods of Odds”, but that is a bit of a mouthful, so we’ll just call it Luxor, for short) 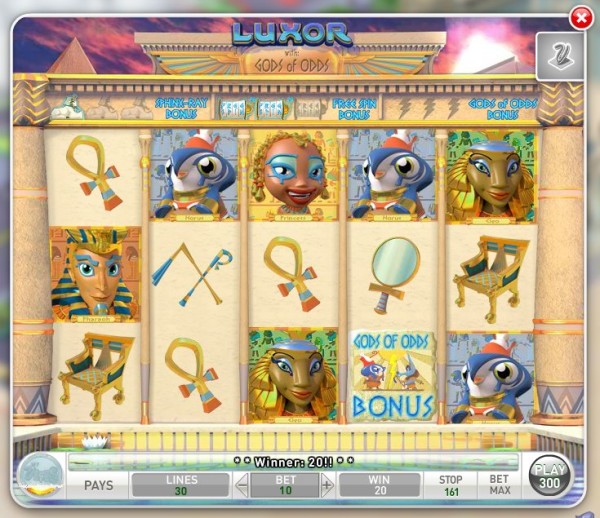 It is a five reel slot game, with three different Bonus Games.

The set up is similar to previous MyVegas slot games, in that (depending upon your level,) you can control the amount of your bet, per spin of the reels.

Beyond that similarity, the look and feel of the game is quite different and unique.

The first (and seemingly most common to occur) Bonus Game is the ‘Gods of Odds’.  You get to play it, once you have collected three “Lightning Bolt – Gods of Odds” tiles.

Once you collect the three lightning bolts (on the top right of the play screen… above the reels) you are taken to a game screen, where… (similar to the Excalibur bonus) …there are two Gods about to fight, and you must try to pick the winner. 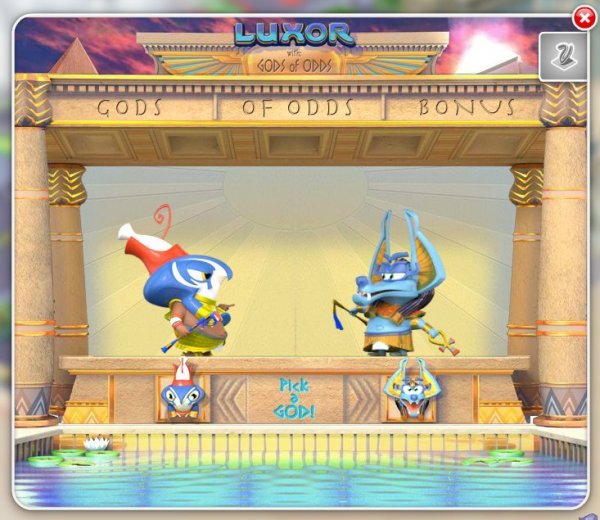 As has been my strategy throughout, I pick one guy, and count on getting at least 50% correct.

Although it DOES seem that even when you pick wrong, the Gods of Odds are smiling on you… at least for now !!!  : )

The second Bonus Game is a Free Spin Bonus, and upon collecting three free spin reels (in the center position, above the reels, in the top image) you get eight free spins.

The third Bonus Game is the Sphinx-Ray Bonus, where you have to collect three Sphinxes (in the right position, above the reels, in the top image.)

Upon collecting your third bonus icon, you are taken to the scene of a fountain in front of the Luxor Sphinx, with a spin button. 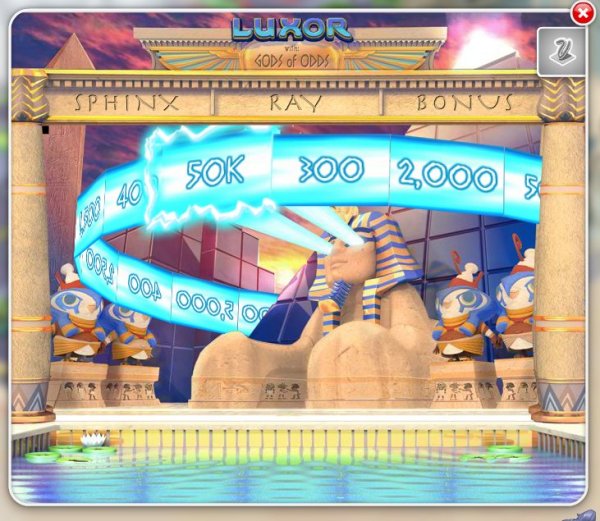 Once you press the spin button, the blue tiles start to spin horizontally, and you win however many chips show on the tile when the spinning stops.

As always when you start playing a new game, the symbols are different and new, and taking a few minutes looking over the PAY table is never a bad idea.

* I am a MyVegas fan, just like you, and didn’t get any advance look or insight into the new Luxor Game… but I wanted to post this as soon as possible, because I think it is a game that MyVegas players will enjoy… (Like I said above, I have been playing a good while, after starting with not many chips !!!) … if I come across more or different information, I will add add to or amend this post.