There are currently nine games available to play on MyVegas.

Eight are slot games, of various themes, and a card game, Black Jack.

The themes of the MyVegas games are varied… just like the real-life MGM Resort Properties.

As new games are developed and introduced, or special occasions occur, there are sometimes special bonuses… (For instance: during Oscar weekend, the Studio City slot game rewarded players with double XP Points… when the Luxor slot game was introduced, it also gave players double XP Points for the weekend… and on St. Patrick’s Day, they offered double XP Points all weekend. Just a few reasons to make sure to LIKE the MyVegas Facebook page, to make sure you are aware of these bonuses, so you can take full advantage of them!) 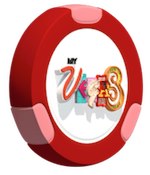 On the LetTheChipsFall.com website, we have worked to compile a list of when the different Resort Properties, Bonuses and Games become available: