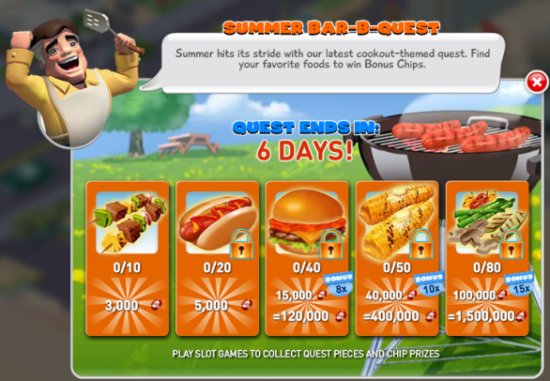 The MyVegas folks have brought back a fave Quest game on Facebook… the Bar-B-Quest. (AKA the Summer Sizzle Quest)

As always, you just have to play any MyVegas Slot Game, and the play pieces are collected automatically for you.

The Bonus multiplier varies depending on the Facebook Game Level you’ve achieved.

Now through May 11th, there is a Mother’s Day-themed Challenge Game, when you play any Slot Game on the Facebook version of MyVegas.

Over the coming days, as you play any Slot Game, you automatically collect different items towards the number the Challenge requires.  When you collect all the items, you get to scratch a bonus card to win Bonus Chips. 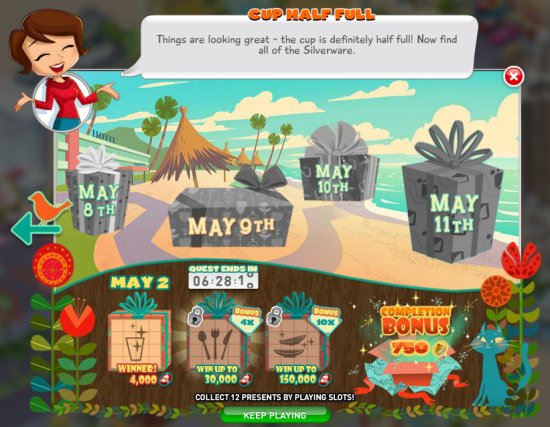 Work through all the Scratch Cards for each day, and you get a Loyalty Point Completion Bonus.

There is an EGG-citing Challenge on Facebook MyVegas, for the next dozen days… It is the Hoppy Easter Challenge. 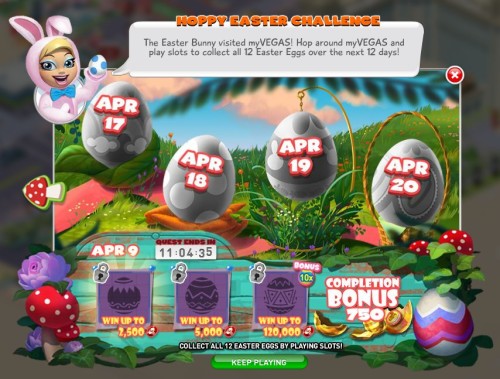 Over the coming days (until April 20th) as you play Slot Games on the MyVegas Facebook version, you automatically collect different eggs towards the number the Challenge requires.  When you get them all, you get to scratch a bonus card to win Chips.

Work through all the Scratch Cards for each day, and you get a Loyalty Point Completion Bonus.

(I have to say, it seems to be easier for early level MyVegas players to complete each day’s Challenge, than for those playing the higher levels…  #JustSayin) 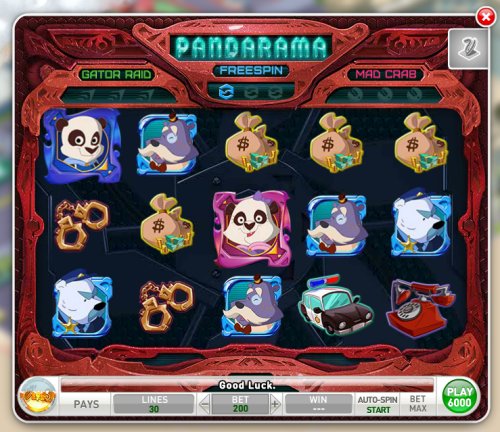 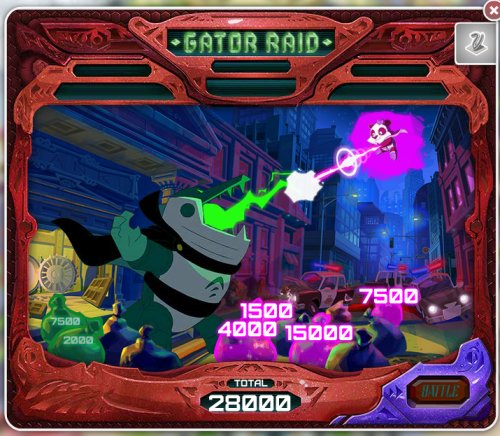 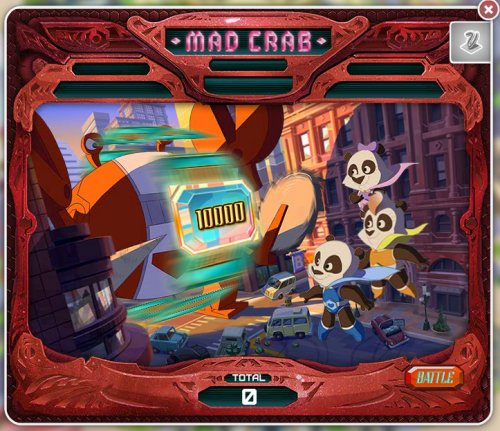 Now through Midnight, March 21st, there are Double XP Points on all Slot Games on the FB version of MyVegas… in celebration of One Night For One Drop, which is an organization that is trying to bring awareness to the dream of safe drinking water for all. 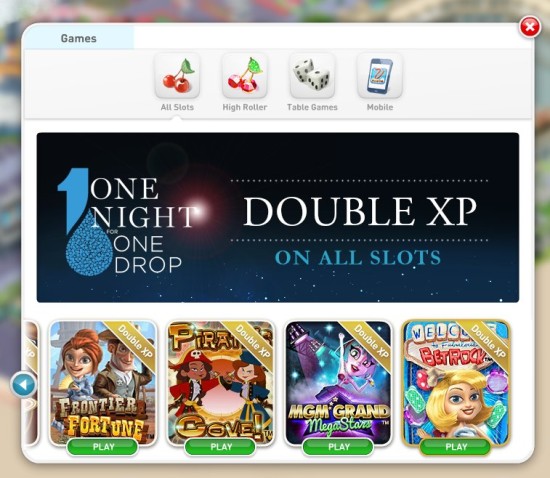